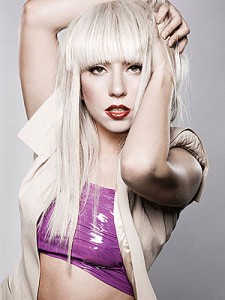 “She would only open a couple of bags, and it was very stressful for me because then again on my off days I couldn’t really have a day off because, you know, I weigh 115 pounds, and I was trying to move these huge, big luggages all by myself in the room, and I did it all the time — by the way, she was asleep until 12:00 most of the time, so I was very often waking up and moving my own luggage and doing s–t by myself, and it was — it was a problem that I had,” she said.

“I can’t walk down the street and go buy myself toiletries, I have to call security, I’ve got to call Jen or now I got to call Wendi, I’ve got to get a whole bunch of people together to help me fix the problem, which wouldn’t happen if she was doing her job properly on regular days,” Gaga said.

Gaga also portrayed O’Neill as an ingrate who took for granted the parties, “five-star hotels” and other luxuries — including “caviar, champagne and yachts” — that she got to enjoy as part of Gaga’ s entourage.

“It is, like, such an amazing luxury that I get to travel the world and have planes, she doesn’t even see what a luxury it is, but she thinks it’s owed to her for no reason,” the singer said.

Gaga also insisted her employees work only eight hours per day. “This job is a 9-to-5 job that is spaced out throughout the day.” “You don’t get a schedule that is like you punch in and you can play f–king Tetris at your desk for four hours and then you punch out at the end of the day. This is — when I need you, you’re available.”

Rather than paying off O’Neill, Gaga said that she is “going to give all the money that she wants to my employees that work hard for me now that deserve it.”