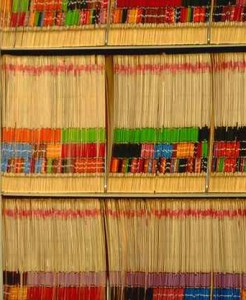 One of the most common disputes to arise during an employment lawsuit is access to your private medical documents. The employer who’s being sued (or more accurately, their attorneys) routinely insist that, by filing a lawsuit and alleging emotional distress, you’ve voluntarily put your health and all related records “at issue” such that it’s up for grabs during discovery.  This, however, is not always true, and you should be aware of your constitutional right to privacy while engaged in a lawsuit.

Discovery, of course, refers to the window of time between filing your lawsuit and trial (usually 8-10 months) where both sides get to demand relevant documents from each other and also demand that certain questions be answered truthfully. As a general matter, a party is “entitled” to discover any documents as long as the request is “reasonably calculated to lead to the discovery of admissible evidence.”

Historically, this is a very low bar to satisfy and attorneys can get their hands on a wide range of documents with very little justification. California laws and public policy also support this notion, as courts feel that the more information attorneys have, the more likely they can make informed decisions and settle the case. With that being said, an attorney’s favorite term of art during discovery tends to be “any and all.” For example, your attorney will probably ask the employer/defendant for “any and all written complaints of discrimination by other employees.” This type of demand is permitted during an employment lawsuit because evidence of other employees’ complaints would support a discriminatory pattern or motive, thus supporting your claim of discrimination.

The problem, however, arises when the employer serves a subpoena on your doctors and therapists demanding “any and all” of your medical records. This type of demand is intentionally broad and is designed to encompass every known type of medical document, even if they have nothing to do with your lawsuit. In a recent case, for example, the defendant/employer tried to demand all medical documents from every physician our client had seen over the past five years. The demand included private medical documents from our client’s therapist, general doctors, and even her dentist and gynecologist.

Requests like that are highly intrusive to say the least, but it’s important to know that private medical records are highly protected under California law, even when you’re involved in a lawsuit. More specifically, attorneys have to meet a much higher legal burden to get their hands on that kind of sensitive material, even when you put your health “at issue” in your complaint.

Unfortunately, some attorneys take a stance that, if the documents won’t affect your case, then who cares, just let them have it, right? Of course not. What still matters is your constitutional right to privacy and your attorney should take the appropriate steps to protect it.

“You Can’t Always Get What You Want”

What this means is that attorneys can’t just use the same old “it might lead to something relevant” excuse to get access to them. Rather, they must show that the specific medical records they want are directly relevant and essential to the resolution of the lawsuit. This is a much higher burden to meet because the employer can’t just sit back and speculate anymore, they have to get up and prove the records are directly relevant and that, in a nutshell, they contain information that is absolutely necessary for them to defend themselves. As you might imagine, that’s pretty hard to do when you get caught demanding gynecology records in an employment case (see above).

By itself, the higher “directly relevant” standard is usually enough to put the brakes on an employer’s overreaching, but California law gives you even more protection:  Even if the employer establishes that your medical documents are directly relevant to the lawsuit, discovery not granted unless they can also show they have a “compelling need” for your medical records that outweighs your fundamental right to privacy.  With this, the employer must show that the conflict between their “need” and your rights is unavoidable, or more specifically, that there’s no other way for them to get this information.

Finally, even if the employer can show direct relevance AND that their compelling need outweighs your fundamental right to privacy (very hard to do), their document request is still required to be “narrowly tailored” so as to be “as minimally intrusive as necessary” – meaning they can’t use the shotgun “any and all” approach. Instead they must be more surgical with their demand so as to avoid uncovering irrelevant (and private) documents. For example: “produce documents only relating to symptoms of emotional distress, if any exist, during the time period between May 2011 and January 2012.”

At the end of the day, the employer may still try and fight to get your complete medical history, but if push comes to shove, you should rest easy knowing that a learned (and hopefully unbiased) judge will make the final call.  In any case, you should always be on notice when your ex-employer starts demanding your private medical documents, as they’re almost guaranteed to ask for more than they’re entitled to. You need to remember that you have a constitutional right to privacy that protects this type of sensitive information and that attorneys can only get their hands on it after they jump through some important legal hoops to prove that it’s warranted.

Robert A. Odell, Esq. is a Partner at Workplace Justice Advocates, PLC. He is a California employment lawyer and represents employees in workplace disputes. Call his office at (949) 378-9578.

One Response to Employment Lawsuits and Your Medical History: What’s Fair Game?